Family visit to Bentley Priory last Wednesday. As you know, this was the headquarters of RAF Fighter Command during WW2. From there Air Chief Marshal Hugh Dowding ran the Battle of Britain. In later years the house became the Officers Mess for RAF Stanmore before being sold off to developers in 2008. Luckily part of the deal was for the Priory to be restored to host the Bentley Priory Museum. Lots of information here. 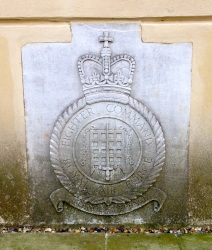 For anyone with an interest in WWII or history in general a visit is a must. For anyone ignorant of the part Bentley Priory played in the Battle of Britain (or even of the battle itself) it is definitely worth a visit, if for no other reason than the excellent short film which provides an excellent introduction. 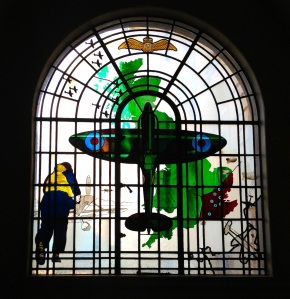 To begin with, the Filter Room was located in the grand ballroom, however before the Battle of Britain it had been relocated to a much safer (and resilient) underground bunker. After the war this was filled in and a new bunker constructed in time for the Cold War, unfortunately this isn’t open to visitors. If you really want to see what the underground control room would have been like, there is an exact copy at RAF Uxbridge but that’s another story.

This site uses Akismet to reduce spam. Learn how your comment data is processed.